(Stuttgart/Tübingen) – Together with a consortium of six partners, Katairo received funding from the European Commission’s H2020 program. The consortium was awarded close to 6 million euros for the performance of a proof of concept clinical study in Stargardt’s patients with Katairo’s drug candidate Remofuscin.

Stargardt’s disease is associated with accumulation of cellular debris, lipofuscin, in a cell layer behind the retina, the ‚retinal pigment epithelium‘ (RPE). At the end of a long process of accumulating lipofuscin, these non-dividing cells become dysfunctional and degenerate. Stardardt’s disease is an orphan indication. There is no approved treatment for this ailment. Patients face serious visual impairment or blindness.

Remofuscin is Katairo’s pioneering drug candidate that allows to remove accumulating lipofuscin from the RPE. This could stop the progression of retinal degeneration and thereby creates hope for tens of thousands of people affected by this ailment. Remofuscin is a promising drug candidate to treat Stargardt’s disease and dry age-related macular degeneration (dry AMD). The program is entering clinical phase II. Katairo has received orphan drug designation for Stargardt’s disease in the US and Europe.

Together with a consortium of six EU based partners, Katairo received funding from the European Commission’s H2020 program to perform a proof of concept clinical study in Stargardt’s patients with Remofuscin. Under the project name ‚Soraprazan‘ which relates to the active ingredient of Remofuscin, the safety and efficacy of the drug will be tested. The consortium was awarded close to 6 million euros to test safety and efficacy of the drug.

„We are very excited about the opportunity to test Remofuscin in a proof of concept clinical trial“, says Katairo’s CEO Wolfgang Klein. „With this, our drug candidate has reached a crucial phase of development. With results on the table we, our partners, the scientific community, and most importantly patients, will know better if the hope associated with Remofuscin is likely to materialize.“

„We are happy to support and implement the Remofuscin program in Stargardt’s disease“, says Coordinating Principle Investigator Prof. Carel Hoyng, specialist in inherited retinal diseases at Radboud University Medical Center. „The drug’s potential goes beyond existing approaches. So far, the attempt was to keep lipofuscin levels the same. Remofuscin has shown to actually remove existing lipofuscin in pre-clinical models. This may result in significant patient benefit.“

About Katairo:
Katairo is a biotechnology company focused on discovering and developing treatments against serious diseases of the back of the eye with high medical need. The company is located near Tübingen, a growing biotech hub in Southern Germany. Katairo was founded by a group of experienced biotech entrepreneurs who are combining expertise in science, preclinical development, business development and IP.
concact: info@katairo.com, www.katairo.com 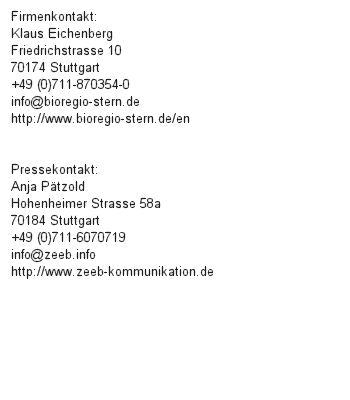